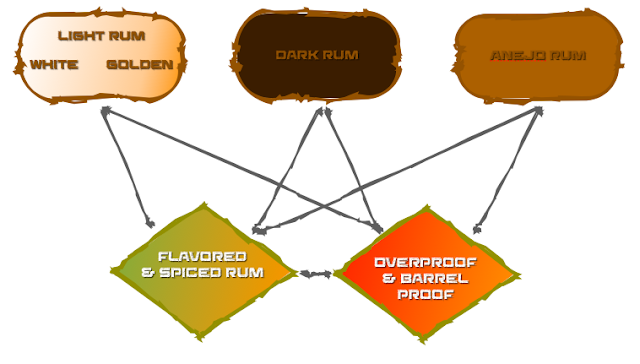 I always had some problems to explain the diverse categories of rum - as there are a lot of overlappings.
Until today...  I had a training and I was just drawing intuitively the illustration above on the white board [ok it didn't looked so good - my handwriting is definitely not that nice].

And it seemed pretty solid!

It is pretty easy to understand: