Ok - let's begin like that - to write against "His Morgenthaler" is like bringing a knife to a Godzilla
fight! He grew so much [and admittedly well-deserved], that not only his voice is like the trumpets of Jericho - he is even writing for freaking "Online-Playboy".

This having said, it doesn't make him inerrable. I was more than skeptical about his take on the Brandy Old Fashioned [for me it is still the Wisconsin's OF] - but now his thoughts about the Long Island Iced Tea are quite disturbing!

SEXPAND
Let's just admit it, the Long Island Iced Tea is a bit of a joke. The drink had its heyday in the 1980s and 1990s, but ordering one now will get you laughed out of half of America's so-called craft cocktail bars. That's a damn shame. Because when it's made well—with the proper balance of spirits and fresh ingredients instead of cloying pre-made mixes—it is a cocktail that deserves its former status as the drink of choice for millions. It can be that way again. With a few tweaks we can restore this much-maligned classic to its rightful place in the pantheon of cocktail greats. read on...


Coming from a completely different background than Jeffrey, I never did the totally crappy LIIT. I learned to use fresh lemon juice [instead of artificial sweet & sour mix]! 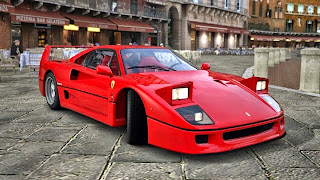 But sometimes you can't fix something, which is originally broken. There are great drinks, which are even good, when done with cheap ingredients - but are even become better, when carefully prepared with artisan produce - but there are also drinks, which can be prepared with the best and most expensive ingredients and still stay crappy. The latter category applies for the LIIT.

Look, it is the same for cars. A Ferrari F-40 is pretty badly put together. The flimsy "plastic" bodyshell is pathetic - it has a turbo engine [one of the last turbo engines, Ferrari produced until this year] - spending that much money on a car built like that, seems to be crazy - but it is worth it. Now think about this car, properly built, with better material! Wow! 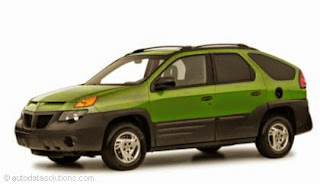 Now think about an Pontiac Aztec. Even if this car is built with carbon fibre and titanium, it still stays one of the most horrific cars ever made! The Long Island Iced Tea is analogue to a Pontiac Aztec!

But why? Simple- it is all about the concept of the Long Island Iced Tea.
See- proper drinks are built around one main spirit; which will be modified, a bit manipulated, diluted... But the main character should come... from the base spirit (in few cases fortified wines or liqueurs). However a Long Island IT is made from 4 different spirits: rum, tequila, vodka, gin... And while rum & tequila work well together in the fewest cases (neither do tequila & gin, rum & gin... You get it...) all of them definitely won't play well together - that is a fact. It is a very confused drink for sure.... Even with fresh lemon juice, quality orange liqueur and (not mentioned) Mexican Coke!

So some drinks (and other things) which were taken to the grave, better stay exactly there!