Does "being opinionated" get old? 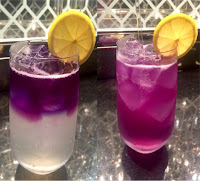 I am writing this blog now since quite a while. The first installment was still on Apple's iWeb platform around 2005- unfortunately I lost pretty much all blog entries (for some it was fortunately). The opinionated-alchemist.com on Blogger is now give or take 4 years old... and grew reasonably well (due to a far better SEO integration than iWeb).

What didn't changed though was my critical and opinionated view on things. And that is just me. Sure, I am nowadays a bit more forgiving... but overall I still don't hold back (however not forgetting to be self-critical as well - I am neither perfect).

Some people find it disconcerting and find my "way" abrasive. I can't blame them, because I even named the blog, because I understood my own personality - especially when it comes to my trade.

I have to say, that it is not always easy, to be the one, which is the biggest critic, the most opinionated guy, and the person who doesn''t agree. Let's say, that it doesn't make a lot of friends. But if you have embraced your character traits, you are adjusting to it.

For a long time I also didn't really felt, that my abilities are in any threat of being not industry leading. However I have to say, with some new outlets in Dubai (especially Cocktail Kitchen), I really have to reflect my own abilities and maybe even have to work harder again to be also in future cutting edge.

Hence I like to focus more on "the future" of mixology on this blog and as always, would appreciate some dialogue with my readers...