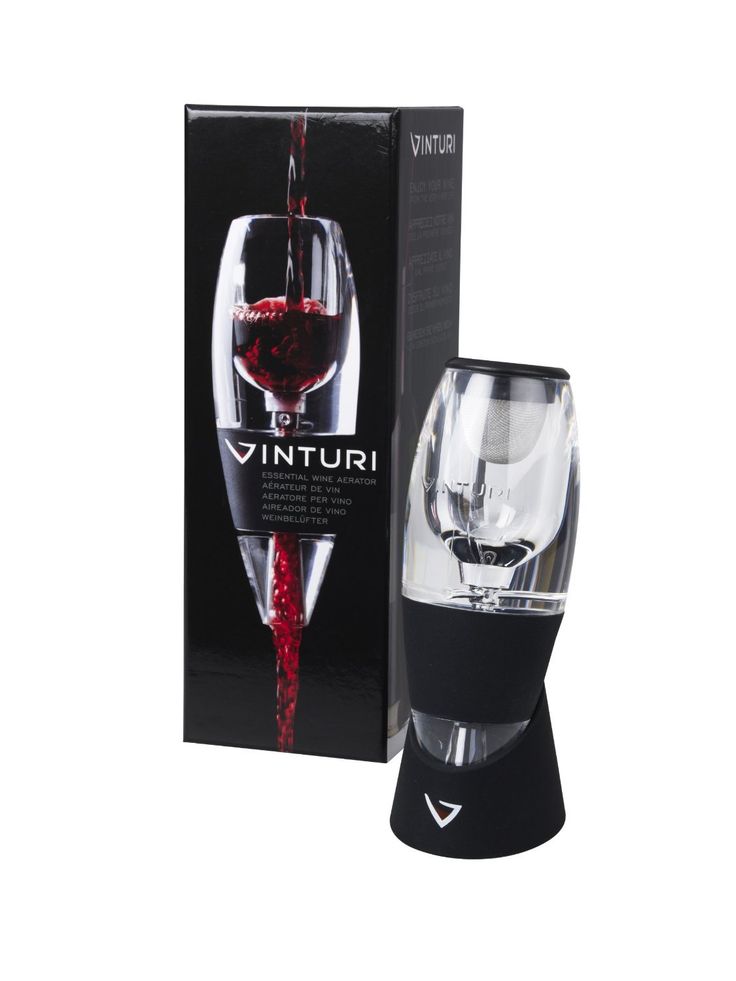 Xmas 2017 - one more time an awkward Secret Santa event with work colleagues (it is not that I
don’t like to have Xmas parties with my colleagues or any F&B party - but Secret Santa or anything similar is just too much for me to swallow).

Anyway - I got from my lovely no more so Secret Santa a Vinturi wine aerator.
This device is just a shortcut of decanting wine. I think the problem with these devices is, that you still need to know wine. It doesn’t make “every wine” better - it just makes wine better, which fits into specific categories ( • red wine • rather young • close/unbalanced/harsh tannins etc.).

Check out this video, which explains better what it is:


Well - let me break the news for my colleagues first: I am not a wine drinker (in fact, I got a wine connoisseur set in my previous year’s Secret Santa as well...).

However the Vinturi wine aerator was actually a pretty cool gift - as it sparked an idea:

What if aerated cocktails are changing in taste?

I got the original idea of Dave Arnolds obsessive testing... there he determined the factors of taste of lime juice. In his tests 4 hours aged lime juice tasted better than fresh one (but lime juice which has been older than 12 hours worsened dramatically, even against fresh).

Long story short, today we tried diluted fresh lime juice - one unaerated and one aerated - and a Margarita - aerated vs. unaerated.

Lime Juice
The unaerated lime juice tasted abrasive puckery sour (duh - no surprise here). It was almost impossible to taste anything else, because it was so extreme.
The aerated lime juice was also very sour, but was far more nuanced and was way “smoother”. It was not even a fair comparison. The difference was day to night.

The issue is here, that you probably rarely drink diluted lime juice on itself...

Margarita
I made a very classic margarita without salt rim. Basic blanco 100% agave tequila (El Jimador), Cointreau and freshly squeezed lime juice. Shaken very strong and long and then divided - half fine strained directly into a small cocktail glass the other strained through the small decanter strainer of the Vinturi aerator into another small cocktail glass (both were chilled).
The difference of the cocktails were not as grave as the lime juice - but definitely not very subtle. Strangely it seemed that the unaerated Margarita has been watery, less sweet and unbalanced. The aerated Margarita was for sure our favorite.
However there was also quite a significant progression of the drinks - the drinks started very different but when they slightly warmed up (and probably oxidized) the difference were far less distinctive.
After about 8 minutes you could still taste a difference, but it was far more subtle than the initial impression!

I will definitely offer in Noir a cocktail using the Vinturi aerator. And while Vinturi is mentioning mixed drinks, they seem to be pretty indecisive about using it with cocktails. As I know (and I am concerned), you read the use of the Venturi aerator in cocktails first on opinionatedalchemist.com.

This will be an innovative year 2018!

Come back for more new revelations.