The Ultimate Guide to Aquafaba in the Bar.

August 03, 2019
I know, that a lot of people in the industry are rolling their eyes, if you are using the moniker mixology or mixologist. However I totally see, that a lot of modern cocktail creation and especially the ingredients manipulation goes far beyond the classic methodology of a bartender. 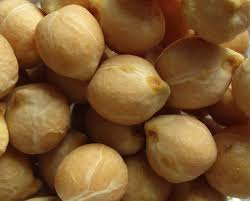 I believe, one of the most clever new introduction in bartending in the last years has been the use of aquafaba as egg white substitute in the bar.

What is aquafaba?
Aquafaba is the cooking liquid of pulses - and in most cases it is based on chickpeas.

What to do with aquafaba?
Instead of using egg white in foams or as cocktail ingredient (as foaming agent and for a smoother mouth feeling), you can use aquafaba (1:1 ratio).

It cannot be overstated that there is a lot of non-sense going on, when it comes to articles in the media, which reference science. Scientific papers are complex documents and the media is citing findings from those papers totally out of context.
E.g. there are saponins in aquafaba - which are (in high concentrations toxic) - this has been used in some articles I read about the topic. However the article didn't mentioned, that saponins are bitter (in high concentrations) and that they can be found in reasonable quantities in everyday produce like spinach, quinoa and peanuts... Hence conclude, that aquafaba is toxic or unhealthy is totally taken out of thin air and hasn't got any evidence nor even a hint of scientific basis.

Here is the thing: before I cooked chickpeas in a pressure cooker for about 45 min - 1 hour and strained the chickpeas, to get the "valuable" aquafaba - which has been quite inconsistent in consistency. But yesterday I have left the chickpeas in the liquid overnight by accident and got a liquid, which is far thicker more opaque and more concentrated! Very alike the water you get out of chickpea cans (sans the salt or soda bicarbonate).

This is here my improved recipe. Dried chickpeas are really inexpensive. You don't need to soak the chickpeas beforehand (when using a pressure cooker), but if you are concerned about too much of oligosaccharides or saponins soaking would help (as in most "traditional pulse recipes").

How to make aquafaba?

Ingredients:
Wash chickpeas. Ensure, that there are no stones or other foreign objects in the chickpeas (honestly - this is what I always read in some recipes - personally I never came across a stone or other stuff in any dried pulses). Add the chickpeas into a container or a ziplock bag and add soaking water to it. Let it soak for 6 hours to overnight (it is not necessary - but commonly done like that).

Let the pressure cooker "normalize" naturally (just take from the flame and wait until the pressure built down). Add the pot to the fridge (ideally), when cold - or add chickpeas & water into a container / ziplock bag and refrigerate over night. This seems to be a crucial step - it appears, that the protein of the chickpeas "travels" into the liquid after it is cooked. Hence the liquid after cooking is already enriched, but by far thinner and less loaded with protein, than the liquid after a couple of hours!

Use the chickpeas for any other use (your lunch/dinner, crispy chickpeas as bar snacks, hummus etc).
Add the still hot water to a container. You could can (or pressure-can / sous vide can) the container to pasteurize the liquid - and keep it for longer.

It is really that simple. Truth to be told - mostly I don't even measure the water or the chickpeas!
And as said, with a pressure cooker, you don't even need to soak the chickpeas. Hence express way is:
How to you use aquafaba?
You can use aquafaba exactly the same way as you would use egg white in a bar. You can even create meringue or espumas with aquafaba.

So - that's it. The ultimate guide about aquafaba in the bar.