Why you shouldn't use egg whites in cocktails!

I read today an article on VinePair: Ask Adam: Why is it safe to drink eg white in cocktails.
This article isn't very deep though.

Adam Teeter could have gone into the controversy between EU regulations and the US regulations: that the EU prohibit to wash egg shelves, as it weakens the barrier of the shell, so salmonella and other bacteria can get into the egg. While the US gets into vaccinate every chicken against salmonella (which likely creates super-bugs - bacteria which is resistant). By the way, it really shows politically, how different the thinking of both regions are: EU is cautious and tries not to change the whole game, as nobody knows, how these big decisions turn out - the US goes just full into it... and probably finds out decades later, that they did a big mistake...

I don't really underline the safety problem. I think, it is not smart, to challenge something, which is very controversial for a lot of guests - just for the sake of it. On the other side, there is plenty of food, which uses raw egg. Mousse au Chocolat, tartare, tiramisu and so on (but probably there are equally many versions of each without the raw egg).

The real problem is, that a lot of guests cannot stand cocktails with raw egg white. The egg white is oxidizing and basically taste like wet dog or cardboard. I have researched the issue and the remedies and can say for sure, that non of the solutions work. Bartender suggested, to deodorize the cocktail with citrus peel, to use pasteurized egg, or reconstituted egg white powder, or spraying bitters over the drink, or storing the whole raw egg with hydrosols (rose water, orange blossom water etc). Fact is, that nothing works. 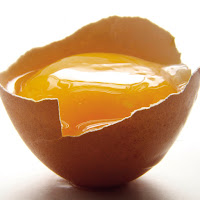 The next point is: our guests become more and more vegan. I am a fan of "clean cuisine" - that doesn't hide any ingredients into recipes, the guests doesn't expect (egg, a whiskey sour is a "call drink" - that means, people don't necessarily look into the menu and see, that the bar uses egg white).

Using egg white also increases food waste: The problem is, that nobody really uses the egg yolk. At home a good part of people would do it. In a bar, mostly a fresh egg is cracked (also to avoid any risks of cross contamination). That means, every cocktail increases food waste with some egg white and a whole egg yolk... that isn't sustainable and for sure not really isn't necessary.

You could see the Silver Fizz which I made years ago. And I used egg white for it, because at this point, I didn't found any reasonable substitute for it. I didn't wanted to use any "chemical" food additives.
But today, we have the "cooking water" of pulses: aquafaba. At this stage, basically everyone is using chickpea water - but we can even explore the whole world of pulses - maybe there is even a better substitute out there.
But fact is, while aquafaba has its own (faint) taste, it is a far better alternative to egg white. Personally it is not a compromise anymore. I really like to use it for its properties! It doesn't oxidize - and it foams as good as egg white (and gives also a velvetier mouthfeel). And other than egg white, you can store it safely, and the chickpeas go into your lunch break!

Truth has to be told though: I found, that the water of canned chickpeas, have the best properties to use, but also taste the worst - it is often too salty and the addition of other food additives like bicarbonate of soda, makes it not ideal for cocktail. Chickpeas themselves are inexpensive (far cheaper than eggs), and pressure cook them, even takes the disadvantage, that you have to presoak them overnight!