What-if scenario - creating a craft bar in the Philippines

We "global" bartenders (and restaurateurs) find often too many excuses not to excel in our bars, in creativity, in service.
But then there are venues, which are at times in the middle of nowhere, which are disproving our points. Sure most of the time, these are restaurants - but also bars are not as uncommon as one would guess.

Off course, when it comes to bars, 'Murica is the centre of attention; few cities there are bartenders' paradise - all above New York City. Yes the rents are expensive - but loads of bar-interested people, which fill the cash drawers of operators and the wallets of bartenders.

But every single location has its advantages and disadvantages - and yes - every location has it's opportunities. In this post (and maybe this even becomes a series), I would like to take one location as example - and like to show, which chances there are, to make a truly outstanding bar.

I have heard quite a lot about Manila: and at this point, the politics seemed to have improved tremendously, which lead to a flourishing economy, improved reputation, increasing numbers of expats, new money - just a great place for doing business.

Off course there are "existing "stable" advantages" as well, as the literal hospitality of Filipinos - which are insanely friendly, and one of the lowest language barriers in South East Asia - maybe apart of Singapore and Hong Kong - most people talk English.

Yet - the "craft-bar-scene" is definitely still in a development stage... things are already changing - however still, you could call it in the "early stages of development".

I made my research, and it seems, that the liquor market in Philippines is quite competitive. Prices for import beverages are not cheap- yet not too bad. But the important thing is, that there seems to be pretty much everything available - good stuff (especially if you are living in Dubai, where this is absolutely not the case). International recognised brands, should be about 75% of the offering. Local "refined" products are making up the rest and make sure, that the bar is also doing something for its local footprint...

Where the Philippines really shine is the produce, which seems to be cheap, extremely local, extremely fresh! Making drinks with fresh sugar-cane water or amazingly ripe exotic fruits seem to be incredible exciting! Hence house-crafted sodas, fresh extracted juices would bring the bar to a completely different level in comparison. 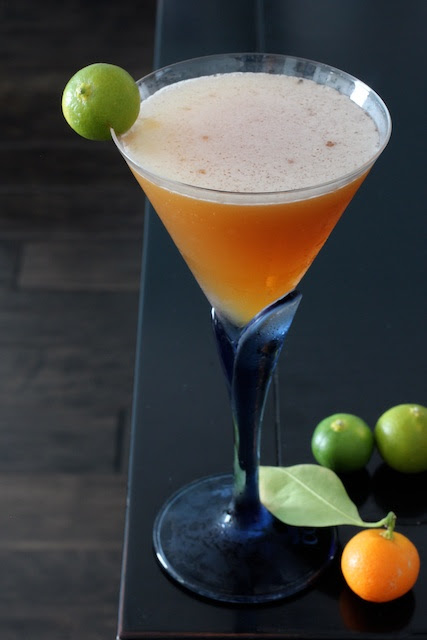 Here it becomes interesting. There are a lot of choices, when it comes to a country, which still mixes lots of local (domestic) produce with international products:

One magical product is the kalamansi - this is a small citrus fruit, which grows in South East Asia - especially in the Philippines. Its taste is between aromatic lime and mandarine - and it would make cocktails just divine. Think about mojitos, daiquiris, sidecars, white ladies, fizzes, collinses and many more drinks.
It would have the classic character of those drinks, however with the more aromatic character of kalamansis.
There are also more local produced citrus fruits which are interesting: bitter oranges, mandarines, pomelo and so on... and obviously there are not only citrus fruits, which could lend their flavour to cocktails. The only challenge is, not to go too wild and mishmash the products clueless together. Be guided of classic cocktails & twist them with the ingredients you have on hand.

Don't get me wrong - I don't necessary say, that the local produced spirits are all great.  However, watch this video: it is just the beginning of a journey of opportunities!
Lambanog, the distillate made out of fermented palm tree wine, looks very interesting. Especially the seen double distilled version, looks very interesting. In a bar, you could off course infuse it and use the infusion for cocktails.

However even more interesting is, that you could age it - think about a bar with some slowly turning wheels with medium sized oak barrels filled with lambanog. The agitation would age it quite quickly - and you could go to local lambanog producer to get a big choice of different distillates - some you could ask to make a spirit after your very own specifications. And besides of just ageing it in oak, you could also e.g. filter it through active carbon, to even further refine the drink.
That sounds really amazing to me. I could think of authentic Filipino cocktails, house-crafted liqueurs etc. This would definitely cement the reputation as one of the most forward-thinking venues.

While Lambanog is unique, contemporary craft distilleries seem not yet to have arrived in the Philippines. However there seems to be the opportunity to "lend a hand" to regional distillers and eventually produce some small batches of "new craft spirits" - why not cooperate in a local produced high quality gin (ginebra)? Or a rum which can challenge the best products of the Caribbean?

I don't say, that everything has to be done at once (which would be virtually impossible) - but the opportunity is definitely there!

Let's face it - even in the best bars people don't only drink cocktails and spirits - but also beer. The Philippines is home of few really impressive craft beer breweries. The opportunity is though not only limited to buying craft beers - liberal alcohol laws, would probably allow to brew your own beer - obviously this could be tricky - but with an appliance like PicoBrew Zymatic unique styles of home-brewed beer could be a major magnet for interested beer connoisseurs.

One of the virtues of modern culinary is reflecting and redefining regional products. I think tubâ - the fermented saps of palm tree has a lot of potential to become a big trend in the regions, where it is produced. Obviously there is the need of a significant amount of research work, which is necessary to raise the beverage from a cheap and crude yet delicious staple to a product, which could be enjoyed by trendsetters. But it seems more than worth it - not only it could be sold at a premium and as great cocktail ingredient, but it also could preserve this local culture, despite the fact, that usually imported products are displace local products.

There is a difference between a leading bar and a good local bar. One big difference is the effort operators go through, to offer a great product. Another is simply gimmicks.
It cannot be understated, what influence gadgets have on consumers... using Liquid Nitrogen, Soda Siphons, fire, a smoke gun - this all creates magic, which sets a bar apart - not only in the Philippines - but pretty much everywhere. Truth has to be told - it isn't cheap and the set up costs for these gadgets is quite unaffordable for existing bars - however for a new development - it is quite crucial.
Plus gadgets like a chamber vacuum sealer or an immersion circulator make recipes possible, which are simply not possible without.