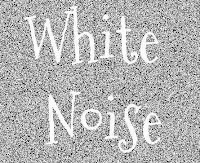 Did you know, that Campari Bitter mainly taste like Grand Wormwood (Artimisia Absinthium)?

While re-opening the Italian restaurant in my workplace, I intended to recreate Campari Bitter without alcohol - Fauxpari Bitter if you like. As I am not into artificial coloring, but as "bug-juice" is also not really available here, I used hibiscus to color the drink in a deep red. And then I infused all type of herbs and spices into water (used my immersion circulator to steep the mixture for 3 hours at 65C).

The spices I used:


Well I made two batches - one, with less ingredients (and less hibiscus) and one with all ingredients and more.

When I did the first batch, I didn't used water for the infusion but tonic water. I thought that the bitterness will be sufficient. However at the end it wasn't really bitter.
But a friend brought me some wormwood (thanks Frederique)  and another friend some cinchona bark (that goes to you Darcy), and after I steeped it separate in water, things seemed to come together.
In fact, the mixture just started to taste like Campari, when I added the wormwood infusion.

And: the first infusion was better than the second one (later about this).
This is not a post, to give you a recipe for Fauxpari. But I realized one thing: a lot of botanicals create something what I call white noise (for all into acoustics, please accept my apologies of simplifying a matter... is it white noise or grey noise??? whatever...).

There are botanicals which make a difference. It is not so much their strength of taste, but rather their uniqueness. Hibiscus for example, has a very sour taste, but also a unique taste map. Adding more hibiscus changed really the outcome. Another botanical which has probably the biggest influence was wormwood. If I am opening a bottle Campari, I know now, how much wormwood is responsible for the original character. As wormwood is really very bitter, the cinchona bark was simply not necessary.
Then there are botanicals, which are still rounding up the character, but maybe are not as characterizing for the end result. My surprise was, that vanilla didn't really changed the character. It rounds out the character but isn't so important after all. Orange peel was surprisingly supple as well. Off course, you do have a strong orange character in Campari, but it probably comes from a combination of orange peel, coriander and maybe green cardamom?...

Other botanicals didn't made a big difference: rosemary, thyme etc. I had the feeling, that you don't really taste them. But you need the multitude of botanicals, as it creates (I guess I am the first person who is calling it like that) white noise of aromas.

Basically they cancelling themselves partly out, yet change the infusion towards a dense character. The point is, that you could take out one or two or more botanicals, and your infusion would still be "successful". So you need the diversity of botanicals, but you don't necessary need the specific ones.

More testing has to be done for sure - but at this point, I am quite surprised about the whole concept.
Other aromas can even interfere... I added in the second batch cinnamon (which I forgot in the first batch) - turns out, that cinnamon isn't necessary the best spice for Fauxpari.

And this concept doesn't necessarily be only applied to infusions (some herbal liqueurs, amaros, bitter aperitifs, vermouths etc.), but can be also applied for spice mixtures.

Do you have any experience in using a lot of ingredient and how did your infusion (with or without alcohol) turned out?

I am exciting to explore this topic more!